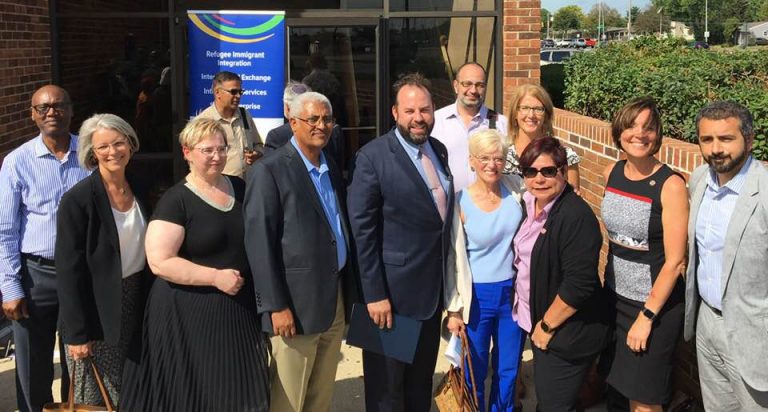 In the Columbus Region, we are proud of our country’s history of embracing refugees.

Over three million people seeking refuge have been welcomed to the United States since 1980, including 17,000 in Franklin County. We are proud that the Columbus Region is their new home, and we are grateful for their numerous contributions that enrich all of us: Culturally, our community is as diverse and dynamic as it has ever been, and financially, refugees are generating an annual economic impact of $1.6 billion.

This extraordinary impact began with landmark bipartisan legislation. The U.S. Refugee Act of 1980 created the Refugee Resettlement Program, and formalized and elevated America’s embrace of our “traditional role of safe haven for those who flee or are forced to flee their homes because of persecution or war.”

This would be an unprecedented decision, and a particularly deleterious one: There are more refugees worldwide today than at any moment in human history.

In Columbus, we come together in critical moments. This is just such a moment: We are proud to oppose cessation of the refugee resettlement program because we recognize not only the cultural and economic imperative of welcoming refugees, but the moral and historical imperative as well.