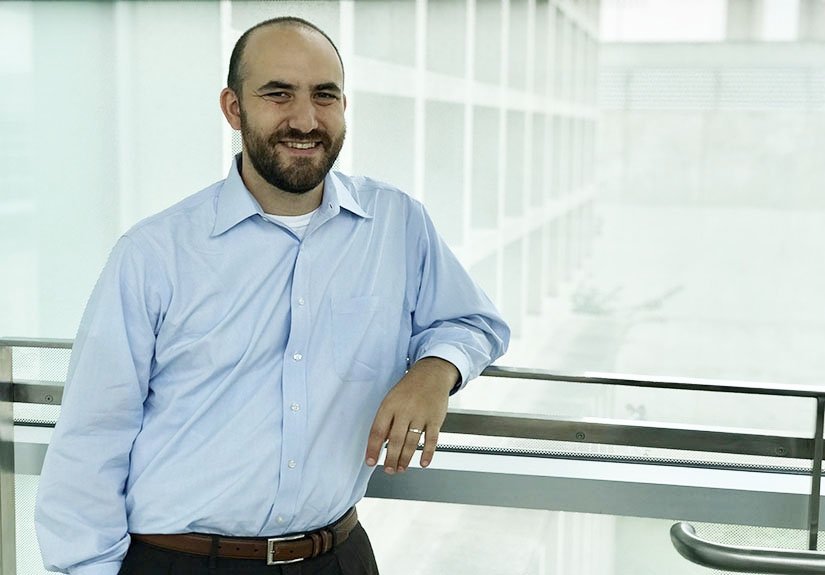 The human services sector has allies and partners across so many sectors in our community. HSC is delighted to highlight some of these individuals and organizations whose work intertwines with, informs, inspires, or supports the work of our sector.

For our second installment of a series highlighting and learning from these individuals, we interviewed Professor Micah Berman, Associate Professor at The Ohio State University Moritz College of Law and The Ohio State University College of Public Health. He is currently funded by the National Cancer Institute to conduct research that supports the FDA’s regulation of tobacco, and by the Ohio Department of Medicaid to evaluate the impact of Ohio’s Medicaid expansion.

Professor Berman is the co-author of The New Public Health Law, a Transdisciplinary Approach to Practice and Advocacy. Additionally, his work has been published in an array of prominent public health and legal journals, and he has been cited in an array of national publications, including The Washington Post, The New York Times, and The Los Angeles Times.

We spoke with Professor Berman about e-cigarettes, which have increasingly been in the news as their use has soared–especially among young people in the United States.

HSC: What is an “e-cigarette” and how is it different from a traditional cigarette? Why is e-cigarette use among teenagers an issue of concern?

Professor Berman: E-cigarettes come in many, many different shapes and sizes. All of them use a battery to heat a liquid–usually containing nicotine–that is aerosolized and then inhaled. Unlike conventional cigarettes, there is no combustion involved; nothing is being burned.

Nicotine (in any form) is particularly dangerous for the adolescent brain. Exposure during adolescence increases the likelihood of lifelong addiction and is associated with lasting cognitive effects. Nicotine use during pregnancy also increases risk for adverse pregnancy outcomes.

Multiple studies (and an authoritative report from the National Academy of Sciences) have confirmed that youth who use e-cigarettes are more likely to subsequently use cigarettes. The explosion of e-cigarette use is dramatically expanding adolescent nicotine use, addicting a whole new generation.

The long-term consequences of e-cigarette use are unknown, but may well involve significant cardiovascular and pulmonary effects. Today’s kids are unwitting guinea pigs in a massive experiment.

HSC: How widespread is e-cigarette use–among teenagers, or other notable demographic groups? Is in higher use in any particular parts of the country? Or in Ohio?

Professor Berman: Youth e-cigarette use is rising rapidly. The high school e-cigarette use rate increased by 78% in one year, from 11.7% in 2017 to 20.8% in 2018 (and is probably still increasing). This means that more than 3 million U.S. high school students have used e-cigarettes in the past month.

This increase was driven almost entirely by the popularity of JUUL, a type of e-cigarette that is discrete (high school students brag about using it during class), has high nicotine levels, and comes in youth-appealing flavors. A single JUUL pod delivers highly addictive nicotine equivalent to a pack of cigarettes.

The FDA Commissioner and the Surgeon General have referred to youth e-cigarette use as an “epidemic.”

Unpublished data collected by my colleague at Ohio State, Dr. Megan Roberts, shows that 27.7% of 2018 incoming OSU freshmen had used e-cigarettes in the past month, with more than 90% of that group reporting JUUL use.

HSC: Why are teenagers susceptible to e-cigarette use and what implications might this have on their future health?

Professor Berman: Adolescence is generally a period of experimentation, but this is of course particularly dangerous when you’re talking about a addictive products. The defining feature of addiction is that you lose control; you keep using the product (or move on cigarettes) long after they you to quit. What is scary about the spike in e-cigarette use is that it’s erasing decades of progress in reducing nicotine consumption by kids. We seeing lots of kids who would never pick up a conventional cigarettes using JUUL.

HSC: How can non-profit organizations working with young people discourage e-cigarette use? What can elected officials and educators do, or the business community, or health systems, etc.?

Professor Berman: Kids listen to each other; telling them what to do is not effective. When Ohio had a well-funded tobacco control program in the early 2000s, it had youth-led initiatives around the state that were highly successful in reducing youth tobacco use. We need a similar effort today. Punishing kids, suspending them from school, or involving the criminal justice system is counterproductive. The problem is the industry pushing these products, not the kids.

More broadly, we need non-profit organizations, educators, elected officials, the business community, and kids to join together to promote policy change. A few things that come to mind:

> Price is the single most effective lever for reducing youth use, and Ohio has NO tax on e-cigarettes. Revenue from a tax could be used to fund prevention programming.

> Tobacco 21. More than 30 communities around Ohio have already raised the minimum sales age for tobacco and nicotine products to 21. Governor DeWine recently proposed doing so for the entire state. This could be an incredibly powerful way of reducing youth access to these products if it is done well with sufficient enforcement in order to have an impact.

Professor Berman: While the rise in youth e-cigarette use is alarming, we also don’t want to lose focus on cigarettes, which still kill nearly half a million people a year in the US (and 20,000+ in Ohio). We’ve known (and retailers have known) for more than 50 years that cigarettes are addictive and deadly. Yet there are are roughly 30 time more cigarette retailers in the U.S. than there are McDonalds or Starbucks–and they are far more prevalent in low-income and minority neighborhoods. It’s time to stop accepting the ubiquitous availability of cigarettes, especially because we know that convenience stores, where kids spend a lot of time, function like recruitment centers for cigarettes. The more often kids visit convenience stores, the more likely they are to start smoking.

And it’s important to recognize that nearly all important advances in public health started at the local level. We can’t wait for the federal government to take action. We need to start here.